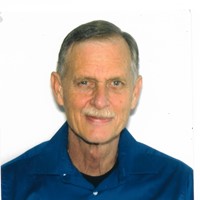 Dr. David Thompson was born in Pittsburgh, Pennsylvania in 1948. The next year his parents moved to Cambodia where they served as missionaries with the Alliance. When he was 14, he and his father tried unsuccessfully to save a seriously injured and dying Cambodian man who had been injured in a motor vehicle accident. That incident planted in David's young heart a burning desire to serve the sick and the poor in countries without healthcare, as well as tell them about the love of Jesus before it was too late.

In 1968, while David was studying medicine in the United States, his parents were martyred in Vietnam. Three years later David married Rebecca, a missionary kid and nurse who also felt called to medical missions. David graduated from the University of Pittsburgh School of Medicine in 1973 and completed five years of residency in general surgery at Mercy Hospital in San Diego and White Memorial Hospital in Los Angeles. In 1977, David and Rebecca moved to Gabon, Africa to serve as medical missionaries. They spent the next 34 years raising three children and turning a small church clinic into a 150-bed, full service hospital with a nursing school. During their time in Gabon, God brought more than 25,000 people to faith in Christ through the hospital.

In 1996, David helped establish the Pan-African Academy of Christian Surgeons (PAACS) at a continuing education meeting in Kenya. The organization set a goal to train and disciple 100 African surgeons by 2020. The next year Dr. Thompson started the first PAACS training program at Bongolo Hospital. In the years that followed, he helped open other PAACS training programs.

In January 2013, David and his wife Becki moved to Egypt to open a PAACS training program and a nursing school at Harpur Memorial Hospital in Menouf, Egypt. The couple returned to the U.S. in December 2017, completing 42 years of missionary service. They currently reside in Redding, California. David is the author of four books: On Call, The Hand on My Scalpel, Beyond the Mist and Christian Mercy.

You want to live a life of significance that is humbly aligned to God’s purposes. In order to do that, you need to understand God’s call for, or will in, your life. The problem is, it doesn’t seem clear, and everyone you meet has a different perspective on “calling”, which makes you feel confused and stuck. What you need are tools to help you discern God’s call.

By submitting your information you are willing to receive an email from MedicalMissions.com at the email address listed which will include the content that is being offered.